The World Cup 2018 Book takes you through every aspect of the FIFA World Cup in Russia, including all 32 teams, key players, such as Messi, Neymar, Cristiano Ronaldo, and the coaches. It also provides insight into past World Cups, FIFA, and more. Shane Stay lays out every facet of the world's greatest tournament. 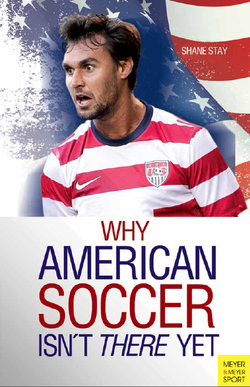 WHY AMERICAN SOCCER ISN'T THERE YET

​American soccer will be "there" when the USMNT wins the World Cup. Shane Stay illustrates how the USMNT, which has the potential to become an elite world power, can do just that.
​
BUY THE BOOK

​
Get the MLS Book for the World's Next Super League

Major League Soccer is on the fast track to becoming the world’s next super league. Major League Soccer 2019: Everything You Need to Know About the Teams gives in-depth information on this amazing league, including the players (such as Zlatan, Graham Zusi, Wayne Rooney, Darlington Nagbe and Josef Martinez), coaches, each team’s style of play, Fantasy League recommendations, and even background on each MLS city. Your guide to everything MLS. 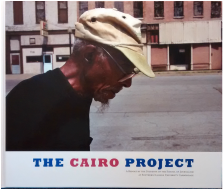 A hardback book featuring Cairo, Illinois, the town that was a hub for General Grant during the Civil War, host of spring training for the St. Louis Cardinals in days of yore, a focal point of the Civil Rights Movement, now lost to time. 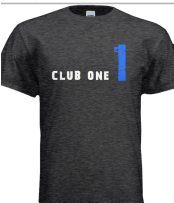 ​Club One
The Only Child Club
Providing an avenue for people without siblings to meet and create a professional and social network
Purchase T-shirt Here
Sizes: Small, Medium, Large
Product Description Ends Here

As far as albums go, just albums, this has to be one of the best. Many singles and hits have come and gone, from greats like Elton John, but a pure album of great song after great song is hard to come by. There are a few albums out there that have done such a thing, including, but definitely not limited to, The Beach Boys Pet Sounds, The Beatles Sergeant Pepper’s Lonely Hearts Club Band, Led Zeppelin IV, Diana Ross Diana, The Smiths Louder Than Bombs, Nirvana Nevermind, The Fat Boys The Fat Boys Are Back (just kiddin’), My Bloody Valentine Loveless, to name a few. This Peter Bjorn and John Writer’s Block album is right there with the best of them; though it gets a little depressing at the end, it still is high quality all the way through. And, yes, there are equal to or better songs than “Young Folks” on here. I first heard it, in its entirety, back in 2007ish during my morning run for a latte at Intelligentsia Coffee in Chicago on Broadway, which is, of course, the perfect and most stereotypical place to play such a thing. I’d sit there and completely space out, staring straight forward no doubt, not caring at all what I looked like. Thanks to them for playing it. One of the workers, a girl named Corey – who was super-cute, who spoke in a monotone with zero emotion, who was interested in being a librarian – told me who it was. It’s perfect cold weather music, preferably in the morning, with coffee, and played very loud.